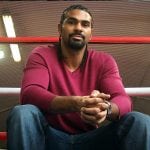 Former world heavyweight champion David Haye was arrested and held in a cell over alleged fraud offences in Dubai. Haye was stopped by police at Dubai International Airport and was quizzed by officers after a cheque, reportedly for around £341,000, bounced. The cheque was reportedly for 1.8million Emirati Dirham as a final instalment on a newly-built property. The property … END_OF_DOCUMENT_TOKEN_TO_BE_REPLACED 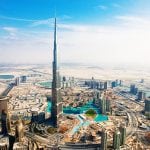 Why not? Dubai is one of the best city in the world and famous for it's massive infrastructural development which includes some of the world's tallest buildings. The result is that you can now see some of the world's tallest buildings on Google Street View. Google decision marks the first time the internet giant is the services to Arab nation, opening the United Arab Emirate … END_OF_DOCUMENT_TOKEN_TO_BE_REPLACED