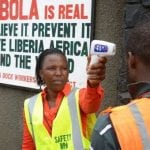 The Kenyan government on Wednesday confirmed lifting temporary travel suspension on travellers from Liberia with immediate effect. James Macharia, the Health Cabinet Secretary, said in Nairobi that the decision followed World Health Organisation’s (WHO) declaration of Liberia as Ebola-free. The WHO and the Liberian government on May 9 declared the country free from Ebola … END_OF_DOCUMENT_TOKEN_TO_BE_REPLACED 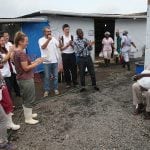 The World Health Organization (WHO), declares the end of Ebola outbreak in Liberia, the country is now free of Ebola Virus as no new cases have arise in the last 42 days. A public health campaign was launched to stem the epidemic, and the last confirmed death was on 27 March. The Ebola outbreak has claimed over 11,000 lives in the region, and remains active in Guinea and … END_OF_DOCUMENT_TOKEN_TO_BE_REPLACED 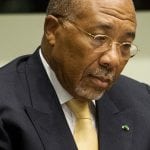 Former Liberian President Charles Taylor has been ordered to serve the rest of his jail term in UK, after losing a request to be transferred to Rwanda. He had argued that he was being denied his rights to a family life, because his wife and children had not been granted UK visas. The judges rejected this argument, saying they had not properly applied. A UN-backed court … END_OF_DOCUMENT_TOKEN_TO_BE_REPLACED 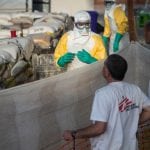 MONROVIA (Reuters) - Liberia, once the epicentre of West Africa's deadly Ebola epidemic, has just five remaining confirmed cases of the disease, a senior health official said on Friday, highlighting the country's success in halting new infections. The worst Ebola outbreak on record has killed more than 8,600 people in Liberia, Guinea and Sierra Leone. Earlier this year at the … END_OF_DOCUMENT_TOKEN_TO_BE_REPLACED