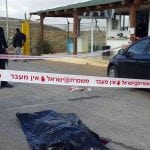 An Israeli security guard shot dead a 13-year-old Palestinian girl named Ruqayya Abu Eid for attempting to stab him. According to Dailymail report the knife-wielding teen ran toward a security guard at the entrance to Anatot settlement, near her family home, and he opened fire at her. Ruqayya's father arrived at the scene after the incident and was arrested, Samri added. … END_OF_DOCUMENT_TOKEN_TO_BE_REPLACED 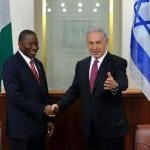 President Goodluck Ebele Jonathan congratulates Prime Minister Benjamin Netanyahu on his victory in Tuesday’s general elections in Israel. President Jonathan looks forward to continuing to work with Prime Minister Netanyahu to further strengthen the existing cordial and mutually-beneficial relations between Nigeria and Israel. The President and the Federal Government will … END_OF_DOCUMENT_TOKEN_TO_BE_REPLACED