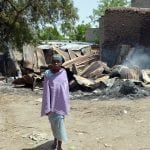 The Boko Haram sect group launched an attack in Maiduguri, the incident happened yesterday night. It was a plot by the Boko Haram to invade Maiduguri, which was eventually repelled by the soldiers. Just after the recent statement made by the minister of information Lai Mohammed, in his comments saying that the Nigerian government has won the war against Boko Haram. The Boko … END_OF_DOCUMENT_TOKEN_TO_BE_REPLACED 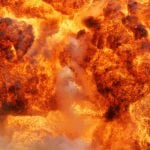 Maiduguri (CONSTATIVE) -- An explosion in a market in Nigeria's North Eastern city of Maiduguri killed at least 20 people and injured more than 20 people, a security source and witnesses said on Saturday. According to the public relations officer of the Nigerian Police, Borno State Command, Gideon Jubrin, the incident which occurred at about 12:30pm left the female suicide … END_OF_DOCUMENT_TOKEN_TO_BE_REPLACED