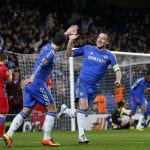 After Chelsea has refused to extend John Terry contract at the end of the season, West Ham seems to be interested to sign him to the club in the summer Brentwood Gazzette report. West Ham will move into the Olympic Stadium in the summer and want the veteran because of his experience in Europe's premier club competitions. … END_OF_DOCUMENT_TOKEN_TO_BE_REPLACED 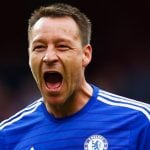 John Terry will be leaving Chelsea at the end of the season after his contract with the club was not renewed. The former England skipper says he will not represent another English club but hopes to continue his playing career.The Chelsea captain confirmed this after yesterday match with MK Dons, he said  ‘It’s a big season for me and I want to push on – not just in this … END_OF_DOCUMENT_TOKEN_TO_BE_REPLACED