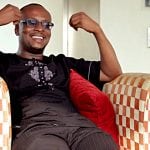 Popular Nollywood producer and film maker Charles Novia yesterday shared his thoughts on the outcome of the 2015 Presidential election in which APC’s General Muhammadu Buhari emerged as the president-elect of the Federal Republic of Nigeria. The producer who had early declared he was in support of President Goodluck Jonathan, congratulated Gen. Buhari and urged Nigerians to … END_OF_DOCUMENT_TOKEN_TO_BE_REPLACED

Nollywood Film Director, Charles Novia shares his views about the just concluded Africa Magic Viewers Choice Awards. Charles said he is disappointed about this year AMVCA event which held on Saturday, 7, 2015. Read his review below... At 21:52 pm CAT, when IK Osakioduwa and Vimbai, hosts of the 2015 Africa Magic Viewers Choice Awards, had signed off from the show and brought … END_OF_DOCUMENT_TOKEN_TO_BE_REPLACED