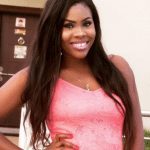 Bayelsa State governor, Henry Seriake Dickson sister Nancy Dickson, finally regained freedom yesterday night February 28, 2016. She was rescued by security agencies of the state after spending two months in the hands of her abductors. According to a statement issued on Monday by the Chief Press Secretary to the governor, Daniel Iworiso-Markson, he said: "some of the … END_OF_DOCUMENT_TOKEN_TO_BE_REPLACED 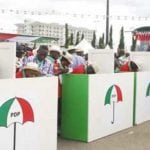