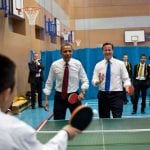 I watched this total and couldn't help but share it. It seems Obama is so good with many things? I mean so good with too many sports? I have seen him play basketball and he does it like the NBA pros, slamming and dunking as if he plays with The Lakers. I have also watched him play soccer as the USA use to call it, and he is quite good with dribbles. How about David Cameron? … END_OF_DOCUMENT_TOKEN_TO_BE_REPLACED 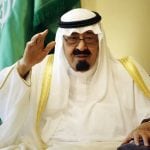 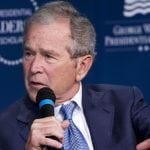 George W. Bush criticized President Barack Obama on foreign policy this weekend. The former president, addressing a meeting of Jewish Republican donors at The Venetian hotel in Las Vegas Saturday night, railed against Obama’s decision to ease sanctions on Iran, scoffed at his handling of ISIS and mocked his perceived indecisiveness. “You think the Middle East is chaotic now?” … END_OF_DOCUMENT_TOKEN_TO_BE_REPLACED 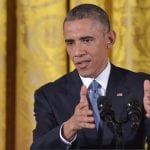 US President Barack Obama praised Nigerian President Goodluck Jonathan on Wednesday for conceding defeat in an election that he said showed “Nigeria’s commitment to democratic principles.” “President Jonathan has placed his country’s interests first by conceding the election and congratulating president-elect (Muhammadu) Buhari on his victory,” Obama said in a White … END_OF_DOCUMENT_TOKEN_TO_BE_REPLACED