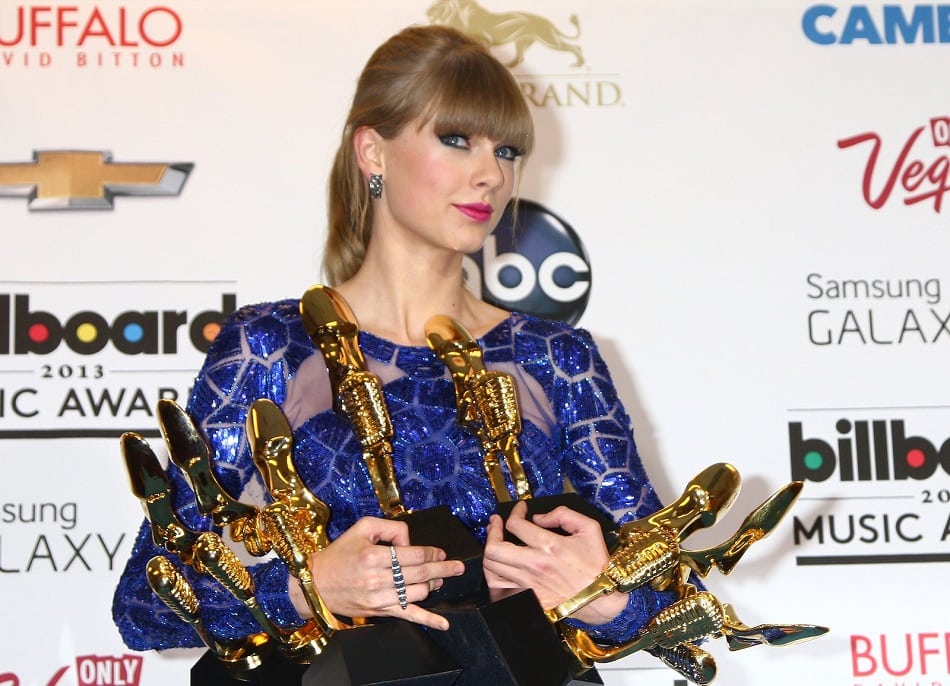 Since 2006 Taylor Swift has been amazing her fans and gone on to become one of the biggest stars on the music scene. She made music history by winning the Grammy for Album of the Year, as the first woman to win the award twice. She holds the record of winning 21 Billboard Music Awards (more than any other artists to date) and most Teen Choice Awards (25) by a solo artist. She has an estimated net worth of $300 million.