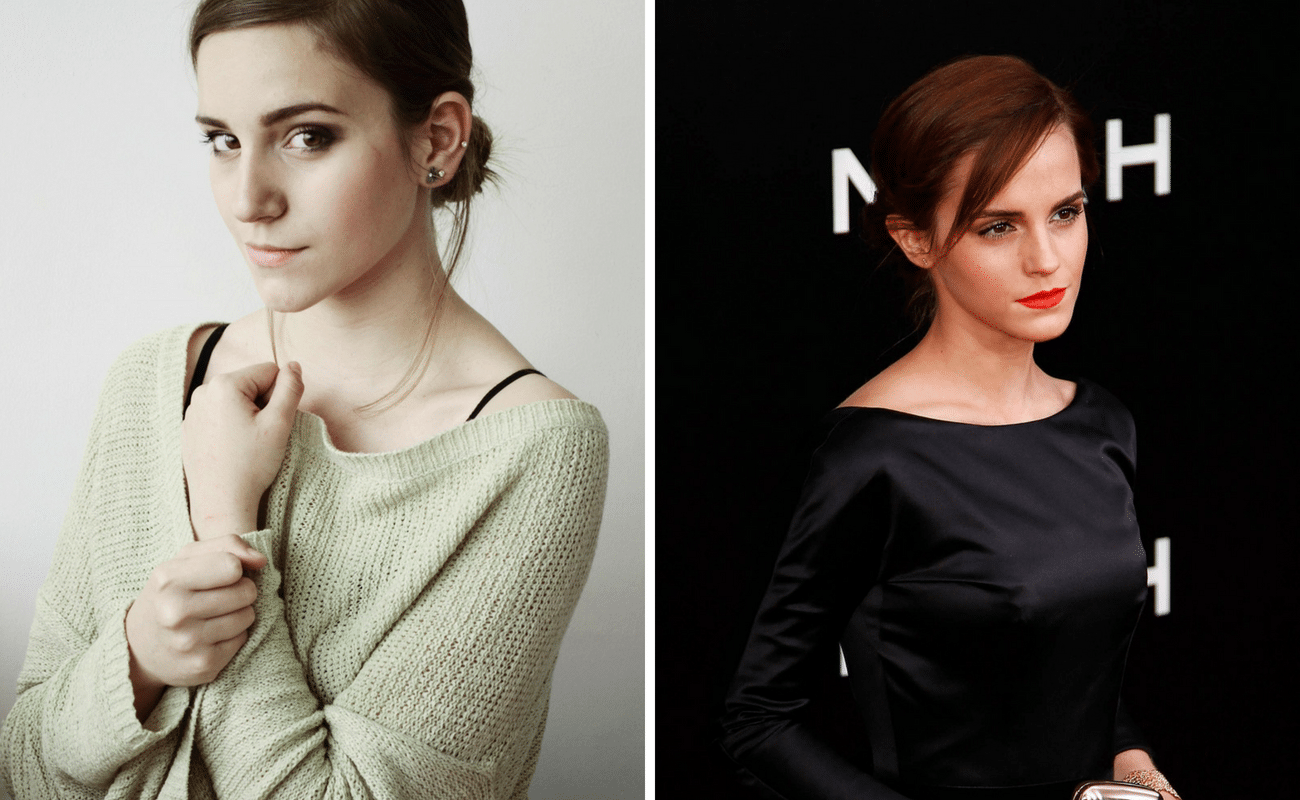 Can you believe that Emma Watson didn’t have any professional acting experience before she landed the role of Hermione Granger, in the Harry Potter film series? She went on to earn fame, critical acclaim and approximately $60 million. She recently starred in the hit musical film Beauty and the Beast which went on to earn over 1 billion dollars. Now if only her lookalike could figure out a way to harness some of that success she’d be doing alright.