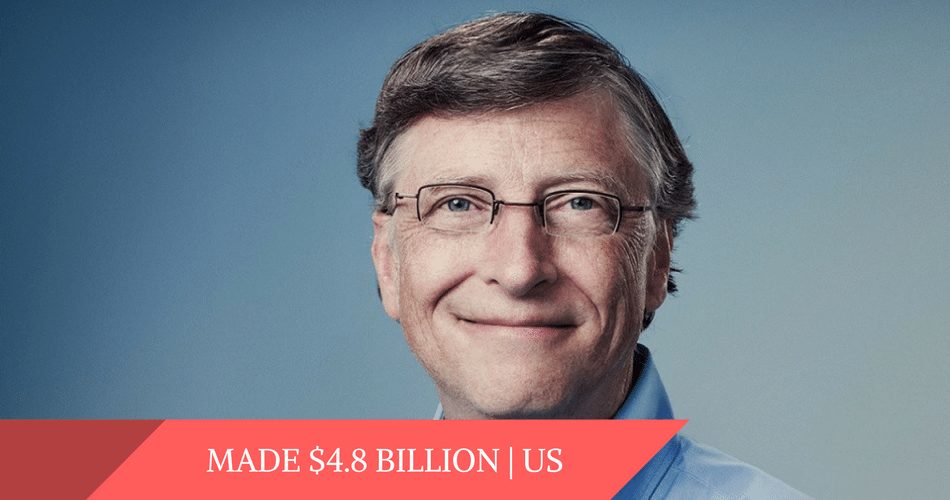 At the age of 13, Bill Gates had created a computerized version of tic-tac-toe. By the time he entered Harvard University, Gates had already been programming computers for years so it was no surprise that he dropped out of Harvard to focus on building his own computer company. In 1980, Gate’s company, Microsoft, formed a partnership with IBM to bundle Microsoft’s operating system with IBM computers; with that deal, IBM paid Microsoft a royalty for every sale. When Microsoft launched Windows in the 1990s, they had captured over 90% market share of the world’s personal computers. Gates is estimated to be the richest man in the world.