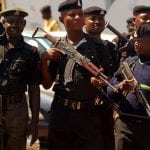 Governor of Rivers state Rotimi Amaechi, Chief Press secretary David Iyofor, yesterday claimed that political thugs loyal to PDP attacked Amaechi's convoy. The Rivers state Police command has released a statement regarding the claim saying that is a false alarm, that the governor is trying to create needless public panic, where there is none. Read the statement below... "The … END_OF_DOCUMENT_TOKEN_TO_BE_REPLACED 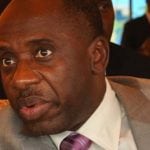 Rivers State Governor, Hon. Chibuike Amaechi,  is claiming that President Goodluck Jonathan want to assassinate him on March 28, the day of election. Thisdaylive reports Amaechi, who had rushed down to Lagos following an alleged tip-off by concerned security agents, said the reality of the assassination came this time for the second term because it was meant to have been … END_OF_DOCUMENT_TOKEN_TO_BE_REPLACED

Governor Rotimi Amaechi youger brother, Chidi Adi Amaechi, was viciously attacked in the early hours of Wednesday,11 March. David Iyofor,the Chief Press Secretary to the Governor said “the younger Amaechi who is a student of Igbinedion University, Okada, Edo State was attacked by assailants in his accommodation in the school with machetes. He said Chidi Adi Amaechi was … END_OF_DOCUMENT_TOKEN_TO_BE_REPLACED