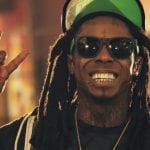 Miami Beach - Police are responding to a report of 4 people shot at the Miami Beach home of rapper Lil Wayne. Miami Beach Detective Vivian Thayer says police units responded on Wednesday after someone called to say four people had been shot at the waterfront home on an exclusive island. Thayer says officers had not yet confirmed the information on the call or who made it. It … END_OF_DOCUMENT_TOKEN_TO_BE_REPLACED