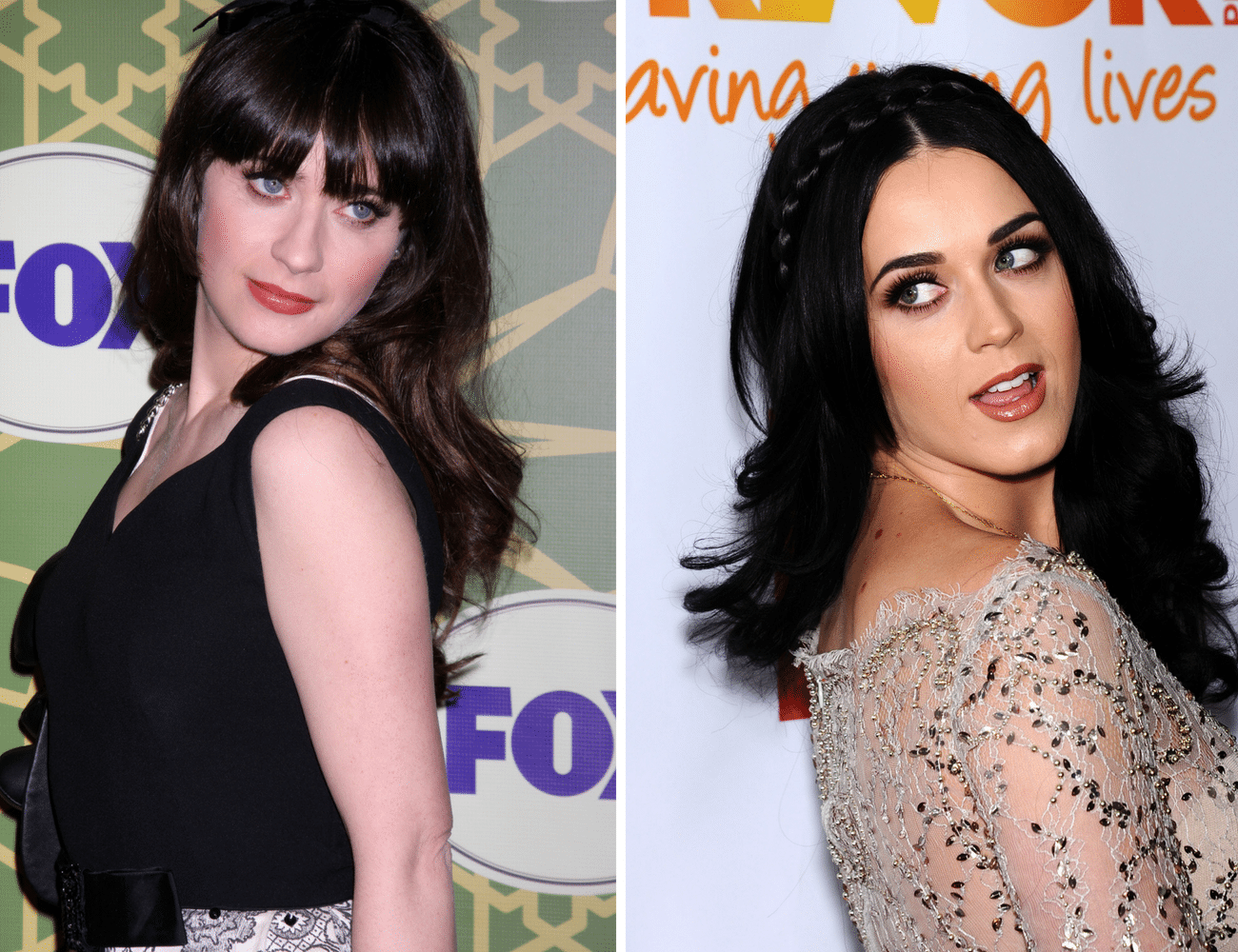 These doe-eyed beauties have been mistaken for each other and Zooey Deschanel doesn’t like it one bit. She admitted: “It’s a little bit annoying, to be totally blunt.”

The 38-year-old New Girl actress is the mother of two children and a member of the band, She & Him. 33-year-old Katy Perry is one of the best-selling music artists of all time and holds four Guinness World Records.