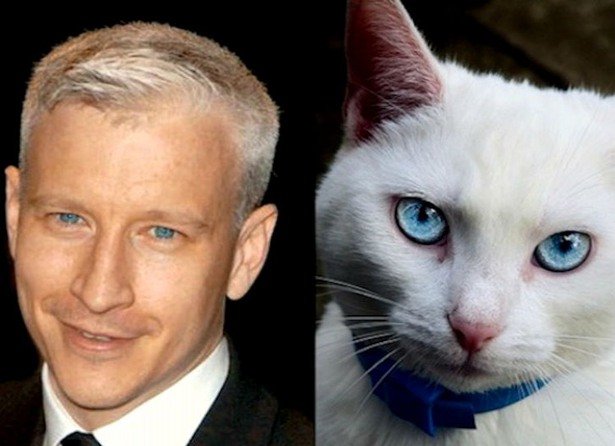 That silvery white fur, those piercing blue eyes. There’s no doubt that Cooper and this cat have a similar look.