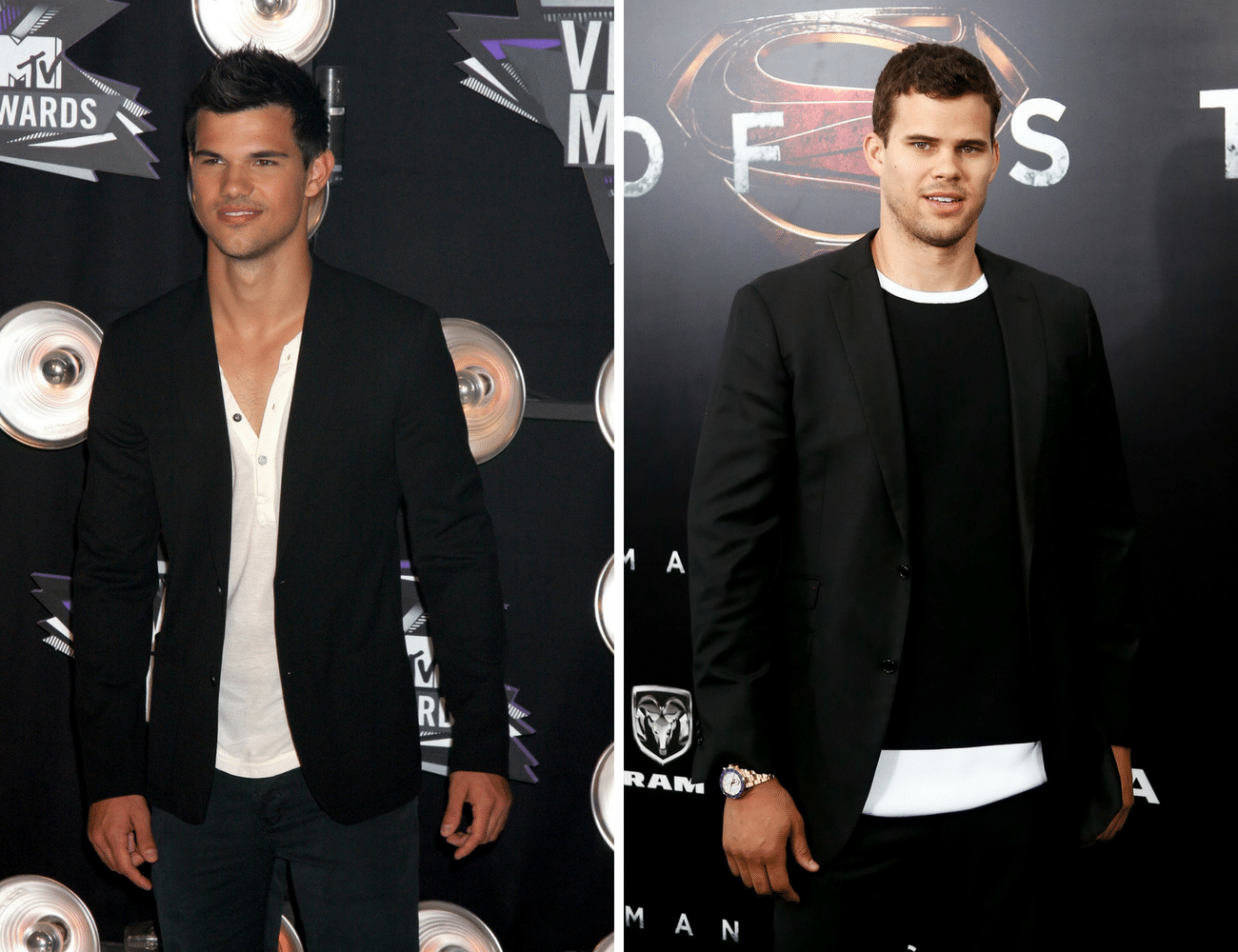 Twilight hunk, Taylor Lautner has a brother from another mother, professional basketball player, Kris Humphries. While Humphries is taller and older they still bear an uncanny resemblance. In addition to his successful basketball career, Humphries is famous for being married to Kim Kardashian for 72 days what many believe was a publicity stunt on the part of the Kardashian family. Lautner, on the other hand, is a famous actor but is a serious athlete as well. Lautner earned his black belt in Karate by the age of eight and won several junior world championships. Both men are currently single.