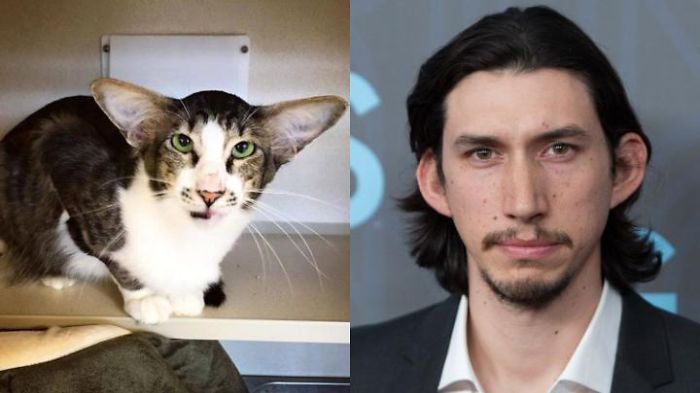 Adam Douglas Driver is an American actor. He rose to prominence in the supporting role of Adam Sackler in the HBO comedy-drama series Girls, for which he received three consecutive nominations for the Primetime Emmy Award for Outstanding Supporting Actor in a Comedy Series. Driver often has female audiences divided over his appearance, as his rugged charm and looks are not for everyone. However let us tell you what is for everyone,
the resemblance between Adam and this black and white kitty is undeniable and anyone who disagrees is just wrong!

From the large stand-out ears to the green eyes, there is no denying that Adam Driver and this Cat are long-lost siblings.