Cascading Style Sheet (CSS) is a style sheet language used with other web languages to describe the look and formatting of a document written in a markup language. 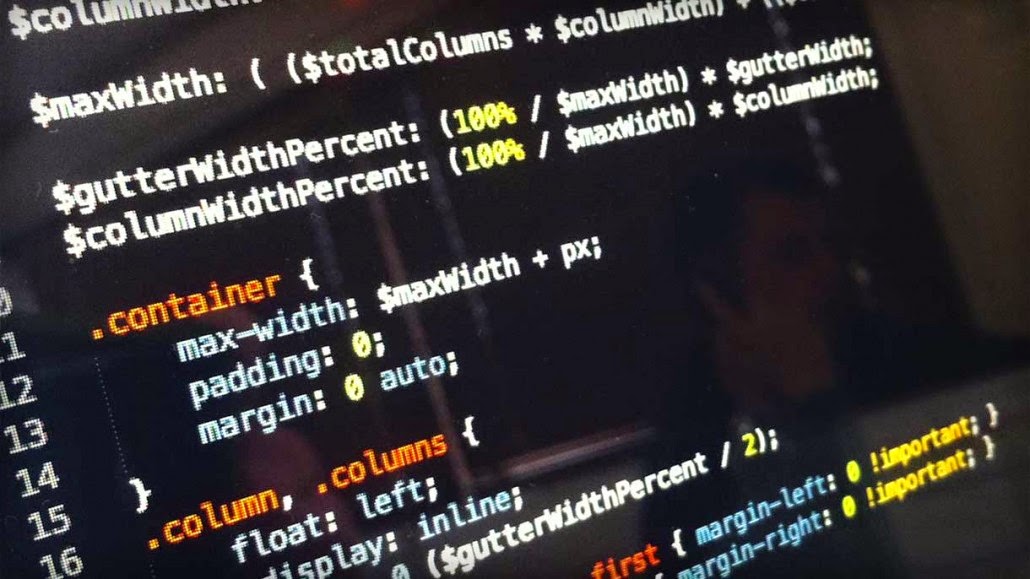 CSS is most often used to change the style of web pages and user interfaces written in HTML and XHTML (‘eXtensible’ HyperText Markup Language), CSS can be applied to any kind of XML document, including plain XML, SVG and XUL.
CSS along with HTML and Javascript are used by most websites to create visually engaging webpages, responsive UIs (User Interfaces) for web applications, and user interfaces for many mobile applications. CSS is primarily designed to style the structure of content defined with HTML. CSS describe how each browser renders (displays) the content of wesites or web apllications. To simplify the whole thing, HTML structures the content of a website while CSS style (in a layman’s term: beautify the structure) the content and describe how the content should be presented. CSS got its name from the nature of its application in HTML page, styles are applied in cascading order.

CSS is a World Wide Web Consortium (W3C) recommendations, which means that all the W3C members (which include all the major browsers manufacturers) have agreed to support it in their products. CSS was first proposed by Håkon Wium Lie on October 10, 1994.
Several other style sheet languages for the web were proposed around the same time, and discussions on public mailing lists and inside W3C resulted in the first W3C CSS Recommendation (CSS1) being released in 1996. Bert Bos’ proposal was influential in the design of CSS; he became co-author of CSS1 and is regarded as co-creator of CSS.
One requirement for a web style sheet language was for style sheets to come from different sources on the web, but the existing style sheets like DSSSL (Document Style Semantics and Specification Language)and FOSI (Formatting Output Specification Instance) didn’t meet up to expectations.
Nine style sheets were proposed then, two of those nine style sheets influenced what became CSS: Cascading HTML Style Sheets and Stream-based Style Sheet Proposal (SSP). As HTML grew to encompass many aspect of web technology, CSS also grow to the extent that it gives develpopers full control over site appearance.
The Editorial Review Board (ERB) is in charge of the development of HTML, CSS and DOM (Document Object Model). Early in 1997, the ERB was split into three working groups: HTML Working group, chaired by Dan Connolly of W3C; DOM Working group, chaired by Lauren Wood of SoftQuad; and CSS Working group, chaired by Chris Lilley of W3C.
The CSS Working Group began tackling issues that had not been addressed with CSS level 1, resulting in the creation of CSS level 2 on November 4, 1997. It was published as a W3C Recommendation on May 12, 1998. CSS level 3, which was started in 1998, is still under development as of 2014.

CSS1: the first version of CSS (CSS level 1) was officially realeased and published on the 7th of December 1996. Håkon Wium Lie and Bas Bos are credited as the original developers. The capabilities supported are:

The W3C no longer maintains the CSS 1 Recommendation.

CSS 2: (CSS level 2) CSS level 2 specification was developed by the W3C and published as a recommendation in May 1998. CSS 2 was released as a superset of CSS 1 and it includes a number of new capabilities like:

CSS 2.1: (CSS level 2 revision 1) CSS 2.1 recommendations was proposed on 12 April 2011 and was finally published as a W3C Recommendation on 7 June 2011. It fixes errors in CSS 2, removes poorly supported or not fully interoperable features and adds already-implemented browser extensions to the specification and preservation for backward compatibility.

CSS 3: (CSS level 3) CSS3, work on CSS 3 started in 1999 around the time CSS level 2 was published. CSS 3 is divided into several separate documents called “modules”. Four of these modules have been published, and they are:

Some modules (including Backgrounds and Borders and Multi-column Layout among others) have Candidate Recommendation (CR) status and are considered moderately stable. At CR stage, implementations are advised to drop vendor prefixes.

Because not all browsers correctly parse CSS code, developed coding techniques known as CSS hacks can either filter specific browsers or target specific browsers (generally both are known as CSS filters). The former can be defined as CSS filtering hacks and the latter can be defined as CSS targeting hacks. Both can be used to hide or show parts of the CSS to different browsers. This is achieved either by exploiting CSS-handling quirks or bugs in the browser, or by taking advantage of lack of support for parts of the CSS specifications. Using CSS filters, some designers have gone as far as delivering different CSS to certain browsers to ensure designs render as expected.

Like programming and scripting language libraries, CSS frameworks are usually incorporated as external .css sheets referenced in the HTML <head>. They provide a number of ready-made options for designing and laying out the web page. While many of these frameworks have been published, some authors use them mostly for rapid prototyping, or for learning from.