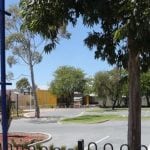 A school girl from Reynella East College, saved herself on Monday morning by her brilliant response to an unidentified man who approached her lying that her mum have asked him to pick her up from school by 1.30 pm. The girl epic response that her 'parent were dead' sent the man scurrying back to his car, a dark green old model Ford sedan. According to AdelaideNow the Year 6 … END_OF_DOCUMENT_TOKEN_TO_BE_REPLACED 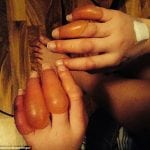 An Australian woman has suffered severe frostbite injuries after she got so drunk she fell asleep outside a Canadian bar in the middle of winter. The unidentified woman, who shared photos of her painful injuries on imgur, admits she was 'f***ing stupid' following the drunken incident in December at Prince Albert in Saskatchewan, Canada. The woman, who lived in NSW but moved … END_OF_DOCUMENT_TOKEN_TO_BE_REPLACED 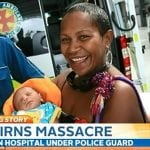 According to NBC News, an Australian woman was charged with murder on Sunday for the death of seven of her children and her niece, whose bodies were found inside her home, police said. Mersane Warria, 37, was charged with eight counts of murder in a bedside hearing at a hospital in the northern city of Cairns where she is recovering from stab wounds, Queensland state police … END_OF_DOCUMENT_TOKEN_TO_BE_REPLACED 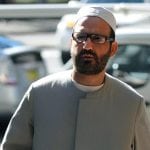 ABC NEWS -- Man Haron Monis, a self-proclaimed Islamic “sheikh” and alleged s*xual predator, has been identified as the gunman holding multiple people hostage in an hours-long standoff in a café in Sydney, according to Australian media. Overnight hostages reportedly spoke to Australian television stations and identified their captor, though police requested outlets not … END_OF_DOCUMENT_TOKEN_TO_BE_REPLACED