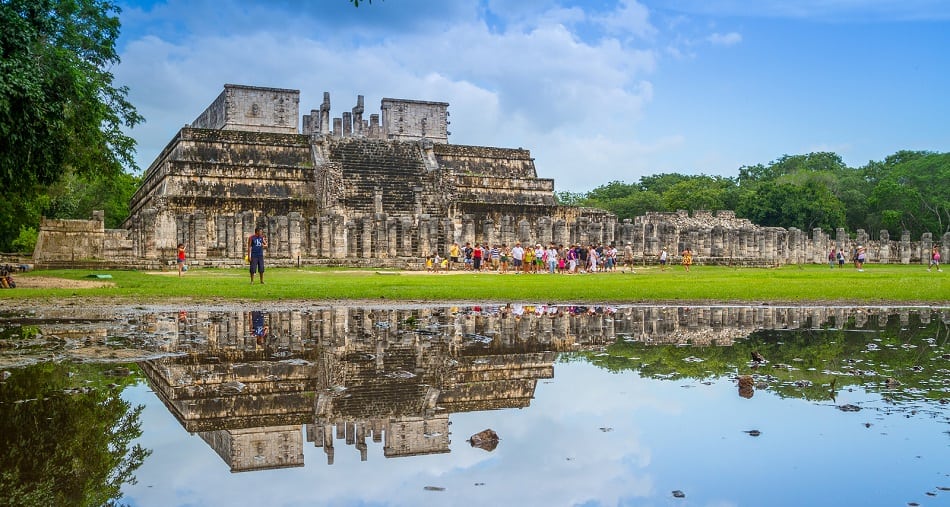 This is a 79-foot Mesoamerican stone pyramid in the center of the Chichen Itza archaeological site in the Mexican state of Yucatán. It is a famous for a phenomenon that occurs twice each year, at the spring and fall equinoxes. As the equinox sun sets, a play of light and shadow creates the appearance of a snake that gradually slithers down the stairway of the pyramid.