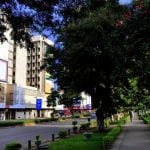 Zambia is a landlocked country in Southern Africa.  The country has a rugged terrain with diverse wildlife.  Zambia has a variety of parks and safari areas. On its border with Zimbabwe, you have the Victoria Falls which is locally called Mosi oa Tunya meaning Smoke That Thunders. Those are a few of the generally known fact about the country.  But there are a number of other … END_OF_DOCUMENT_TOKEN_TO_BE_REPLACED 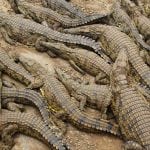 British tourists were shocked to see crocodiles eating a man as they took a sunset cruise along the Zambezi River between Zimbabwe and Zambia. According to The Telegraph the group and their guide spotted the crocodiles feeding on something as they moved down the river from their camp on the Zambian side. When they got closer, they realized it was the bottom half of a human. … END_OF_DOCUMENT_TOKEN_TO_BE_REPLACED 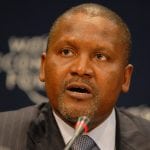 A $400 million cement plant in Zambia owned by Dangote Group will be commissioned and commence operations by the end of March, according to a report by the Lusaka Times. Speaking to a group of Journalists on Thursday at departure at Simon Mwansa Kapwepwe International Airport in Ndola, Aliko Dangote, Africa’s richest man and owner of the Dangote Group, said that the … END_OF_DOCUMENT_TOKEN_TO_BE_REPLACED 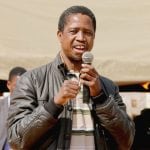 The Zambian President Edgar Lungu, is expected to be discharged from hospital today Saturday after a successful procedure to correct the narrowing of his oesophagus at a Pretoria hospital. The President’s medical team said Edgar Lungu, had undergone a medical procedure in Pretoria hospital theatre on Friday and the specialists have managed the condition efficiently … END_OF_DOCUMENT_TOKEN_TO_BE_REPLACED

Zambian President Edgar Lungu collapsed on the podium while presiding over a Women's Day celebration in Lusaka on Sunday -- less than two months after the 58-year-old took over from a leader who died in office. His spokesperson Amos Chanda said the Head of State has been diagnosed with malaria but he did not say if the diagnosis was before or after the collapsing. In Zambia … END_OF_DOCUMENT_TOKEN_TO_BE_REPLACED