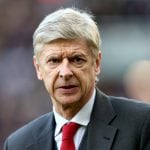 Arsenal manager Arsene Wenger has blamed his team home loss to Barcelona on Tuesday to poor finishing and naivety. "The way we finished our chances is a problem. I felt in the final third we missed something," said Wenger. "They are lethal. One thing we couldn’t afford to give them was counter attacks because they are very dangerous. That’s exactly what we did. We pushed … END_OF_DOCUMENT_TOKEN_TO_BE_REPLACED 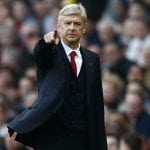 Arsene Wenger mind is not at rest following Sunday clash between Arsenal and Chelsea. He has warned his defenders in advance to hold down Diego Costa when they confront him at the Emirates Stadium on Sunday. Arsene Wenger seek to break the four years barrier of Arsenal not securing a first league win over Chelsea in more than four years. Diego Costa, has scored five goals in … END_OF_DOCUMENT_TOKEN_TO_BE_REPLACED

Arsene Wenger has insisted there is no European crisis for English clubs despite a second year out of three with no representatives in the last eight of the Champions League – but he does believe it is time to change the away-goals rule. Arsenal and Chelsea both crashed out of the competition on away goals in the first knockout stage, beaten by Monaco and Paris Saint-Germain … END_OF_DOCUMENT_TOKEN_TO_BE_REPLACED