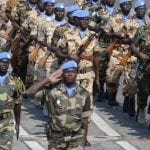 Gunmen launched an attack on a UN camp in Mali and killed a peacekeeper working with United Nations. The attack took place at about 06:00 in the northern town of Kidal. Residents narrated that two suicide bombers were involved and a car bomb was detonated. A soldier was killed and few others were injured in the attack. The attacks on the UN peacekeepers since they were … END_OF_DOCUMENT_TOKEN_TO_BE_REPLACED 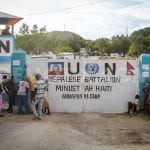 It is both legal and moral challenges for the United Nations as it is faced with unprecedented critics over the continued cases of cholera outbreaks in Haiti. As at the present, more than 7,000 Haitians have died cholera in the past two years alone. Making the matter worst, scientific research is backing the theory that the source of the outbreak was a UN base in … END_OF_DOCUMENT_TOKEN_TO_BE_REPLACED 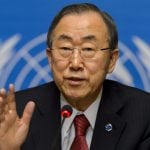 Mr. Ban Ki-moon, the UN Secretary-General, on Friday called on the Islamist sect to end the incessant killings of innocent citizens and embrace peace especially now that Nigeria is set hold its elections next month. Ki-moon, also urged for immediate release of the Chibok girls and others who are still captives under Boko Haram. He said that the international community cannot … END_OF_DOCUMENT_TOKEN_TO_BE_REPLACED 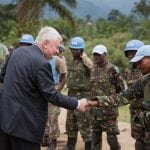 Major General Salihu Uba of the Nigerian Army, has been appointed as the Force Commander, UN Mission in Liberia, UNMIL. The UN Secretary-General, Ban Ki-moon, announced on Friday. Earlier, the appointment was contained in a statement issued by UN Spokesman, Stephane DuJarric, in New York. Ms. DuJarric was quoted as saying that Major General Uba would succeed Major General … END_OF_DOCUMENT_TOKEN_TO_BE_REPLACED