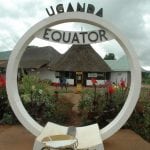 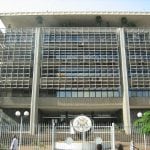 Government officials and hackers have unsuccessfully tried for the fourth time to siphon money from the largest budget holders in Uganda since July 2015 via Uganda central bank. The hackers targeted the accounts of the Defence, Energy, Agriculture ministries and the Uganda National Roads Authority (UNRA). Bank of Uganda communications director Christine Alupo said: “The … END_OF_DOCUMENT_TOKEN_TO_BE_REPLACED 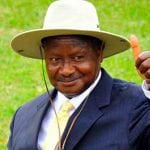 The Uganda president once said in an interview that he is the least paid president but rich, so how much is his net worth. How come he is one of the richest president in Africa if he is the least paid? To answer these questions, let find out Museveni other source of income. Apart from being the president of Uganda for almost 30 years, Yoweri Museveni net worth is made high … END_OF_DOCUMENT_TOKEN_TO_BE_REPLACED

Oscar award winner Lupita Nyong’o hang out with top Ugandan comedian Anne Kansiime, as she cracks jokes for her while on a movie location in Uganda. According to NairobiNews Lupita, who has been in the East African country since March shooting Disney’s Queen of Katwe movie, crowned the humorous Kansiime as the funniest Ugandan. She posted a photo grind of the two on Instagram … END_OF_DOCUMENT_TOKEN_TO_BE_REPLACED 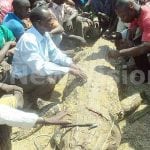 Uganda man became a hero in his hometown after killing crocodile that "ate his pregnant wife" A fisherman hunted down and killed a giant crocodile after it ate his wife, who was pregnant, wildlife officials said on Thursday. Batambuze, aged 56, hails from Kibuye village, in Nawaikoke sub-county in Kaliro, and came to fame because he went after a massive crocodile that had … END_OF_DOCUMENT_TOKEN_TO_BE_REPLACED