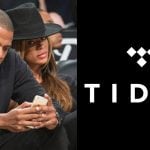 Jay Z fired back at critics of his Tidal music service on Sunday, claiming the site is "doing just fine" and that its subscriber base is growing. The rapper, who relaunched Tidal after purchasing its parent company Aspiro Group earlier this year for $56 million, urged critics to hold off on dismissing the service too soon. The music mogul tweeted to his 3.1 million … END_OF_DOCUMENT_TOKEN_TO_BE_REPLACED