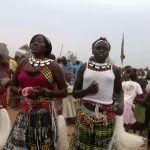 Officially called the Republic of South Sudan, it is a landlocked country in East-Central Africa.  The country gained its independence from Sudan in 2011. In stark contrast to Sudan, South Sudan is predominantly Christian.  South Sudan is bordered by four other African countries, including Sudan, Kenya, DR Congo, and Central African Republic. Those are generally known facts … END_OF_DOCUMENT_TOKEN_TO_BE_REPLACED 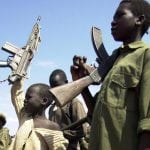 NAIROBI (Thomson Reuters Foundation) - A nine-year-old girl was among hundreds of child soldiers freed in South Sudan over the last three days, part of the largest ever release of child fighters in the world's youngest nation, the United Nations said on Monday. It is the third release by the South Sudan Democratic Army (SSDA) Cobra Faction since its leader David Yau Yau signed … END_OF_DOCUMENT_TOKEN_TO_BE_REPLACED