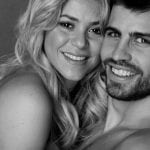 Pop star Shakira has given birth to her second child. She gave birth to her second son, the child of her and her partner Gerard Pique, on January 29, at 9.54pm in Barcelona, Spain. The Colombian born singer announced the arrival of her son and the meaning of his name on her website. "The name of my new born son, Sasha Pique Mebarak, is of Greek and Russian descent and means … END_OF_DOCUMENT_TOKEN_TO_BE_REPLACED