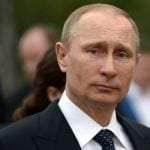 President Vladimir Putin announced out of the blue on Monday that "the main part" of Russian armed forces in Syria would start to withdraw, telling his diplomats to step up the push for peace as U.N.-mediated talks resumed on ending the five-year-old war. Damascus rejected any suggestion of a rift with Moscow, saying President Bashar al-Assad had agreed on the "reduction" of … END_OF_DOCUMENT_TOKEN_TO_BE_REPLACED 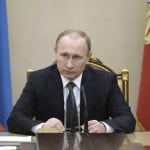 President Vladimir Putin has been linked to have approved the death of ex-Russian spy Alexander Litvinenko in 2006 in the UK, an investigation revealed. According to BBC report Mr Putin is likely to have signed off the poisoning of Mr Litvinenko with polonium-210 in part due to personal "antagonism" between the pair, it said. Home Secretary Theresa May said the murder was … END_OF_DOCUMENT_TOKEN_TO_BE_REPLACED 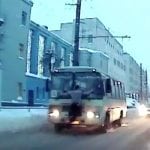 A Russian man attempted to kill himself by running straight into an oncoming bus out of frustration. The man became frustrated after being stuck in a traffic jam for over 30 minutes the bizarre footage was captured on a dash cam. The traffic jam was unbearable for him and he decided to kill himself. Fortunately for him the driver of the bus saw him on time and slowed down … END_OF_DOCUMENT_TOKEN_TO_BE_REPLACED 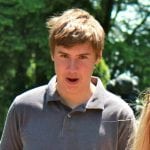 Russian billionaire 19-year-old son has been arrested by police for allegedly strangling his mother to death in a hotel room they were sharing. A fellow guest reported saw him walking down a corridor covered in blood. Yegor Sosin, is the son of Russian construction magnate, Igor Sosin. Yegor strangled his mum with a phone charger while under the influence of drugs.Yegor … END_OF_DOCUMENT_TOKEN_TO_BE_REPLACED 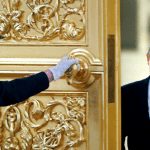 Just some couple of hours ago, Russian war jet SU-24 was brought down over the rebel territory around Latakia by the Turkish army who claimed the war plane violated their airspace and ignored several warnings. In response to the attack, Vladimir Putin, the Russian president has warned there will be serious consequences, he said the incident was a "stab in the back" that must … END_OF_DOCUMENT_TOKEN_TO_BE_REPLACED 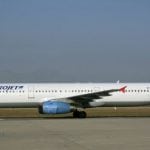 The Egyptian officials says there are no survivors after a Russian Air Craft carrying more than 220 passengers crashed on a rock in Sinai Peninsula 20 minutes from takeoff on Saturday 31 of October. There were believed to be about 227 person on board the Air Line with 210 passengers and 17 crew members. According to eye witness, there were a lot of dead people on the ground … END_OF_DOCUMENT_TOKEN_TO_BE_REPLACED