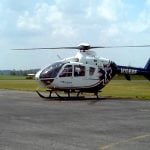 Two dead, 1 seriously injured as a medical Helicopter crashes in Arizona on Tuesday. Two crew members of a medical helicopter lost their lives when their aircraft went down in a rugged terrain east of Phoenix early on Tuesday. The aircraft which was operated by Air Method Corps, was traveling with three persons: a nurse, paramedic and the pilot. Though the clear identities … END_OF_DOCUMENT_TOKEN_TO_BE_REPLACED 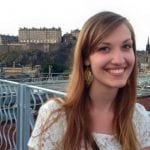 A Virginia woman Yvonne Selke and daughter Emily Selke, were aboard an Airbus jet that crashed in the French Alps on Tuesday, The Washington Post reported. Raymond Selke of Nokesville confirmed that his wife, and their daughter were aboard the doomed Germanwings flight from Spain to Germany. The black boxes was recovered in a damaged state amid the wide debris field. The … END_OF_DOCUMENT_TOKEN_TO_BE_REPLACED

A Serbian military helicopter evacuating a five-day-old baby for emergency medical treatment has crashed in heavy fog, killing all seven people on board, the officials said Saturday. A four-member crew, two medical workers and the baby were all killed in the crash, Prime Minister Aleksandar Vucic said on public RTS television. The Mi-17 helicopter rushing the baby suffering … END_OF_DOCUMENT_TOKEN_TO_BE_REPLACED 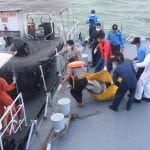 As the search for more bodies in the ill-fated AirAsia continues, Indonesian divers on Thursday recovers five more bodies still belted into their seats near the main section of the plane. The plane which crashed into the Java Sea last month, was carrying 162 people; so far 58 bodies has been recovered and the search team are hopeful of reaching the fuselage soon. “Our divers … END_OF_DOCUMENT_TOKEN_TO_BE_REPLACED 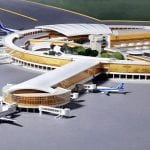 A plane carrying six people has crashed landed in Kenya's main airport on Sunday, however no death was recorded. The Kenyan Airport Authority said the Fokker 50 turoprop plane carrying six people had touched down on its belly after the landing gear failed. This resulted to flights being diverted to the port city of Mombasa. The plane was reportedly flying from the … END_OF_DOCUMENT_TOKEN_TO_BE_REPLACED 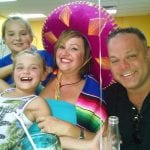 The seven year old girl who survived a plane crash wishes that her family were just sleeping police said. According to Kentucky police,  "She indicated to us that she believed her family was deceased but that she hoped they were just sleeping," Kentucky State Police Lt. Brent White said. "I was literally just struck by how calm she was able to be and the ability for her to … END_OF_DOCUMENT_TOKEN_TO_BE_REPLACED 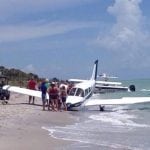 Surprise! a seven-year-old girl in the United States has walked to a home in the U.S state of of Kentucky to report that her plane had crashed, police said. True to her reports, the plane was later found with four bodies inside in Lyon County, some 30 miles east of Paducah city. According to U.S TV news network, NBC, said that the girl told the man who answered the door that … END_OF_DOCUMENT_TOKEN_TO_BE_REPLACED 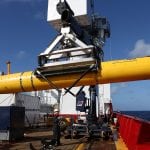 According to BBC reports, the search for the AirAsia flight QZ1850 which crashed into the sea last Sunday, is now set to move underwater, with the arrival of specialist equipments. A French crash investigation team will use sensitive acoustic detection devices to try locate the plane's "black box" flight recorder. The Airbus which was flying from Surabaya in Indonesia to … END_OF_DOCUMENT_TOKEN_TO_BE_REPLACED 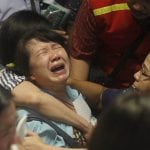 Two days ago, we reported that the Air Asia flight QZ8501 which lost contact with the radar shortly after take off have crashed. Now, the Indonesian authorities have confirmed the report with 40 bodies and the plane's emergency exit do found so far. Indonesia's director general of civil aviation has told AFP that debris spotted on Tuesday during an aerial search for AirAsia … END_OF_DOCUMENT_TOKEN_TO_BE_REPLACED