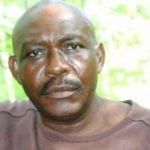 Veteran Nollywood actor, Peter Bunor has died. The Delta State born actor passes on in the early hours of Friday, May 1, 2015 in Asaba. His son Peter Jnr confirmed the news on his Facebook account announcing the death of his father and also complained and accused his colleagues of abandoning him after he fell ill, even those he mentored in the industry. Bunor who appeared in … END_OF_DOCUMENT_TOKEN_TO_BE_REPLACED