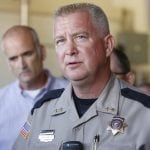 The Oregon community college shooter Chris Harper-Mercer wrote a note shortly before embarking on his shooting spree that where he killed more than 10 persons including himself. In this note, he discussed his isolation and loneliness. The note has not been released publicly but, according to unnamed government sources who have spoken with multiple news outlets, it spanned … END_OF_DOCUMENT_TOKEN_TO_BE_REPLACED