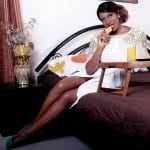 Entertainment generally is a goldmine in Africa and Nigeria is the headquarter of entertainment in this continent. No wonder it's actresses are extremely rich. In this list, we look at the top 20 richest actresses in Nigeria and how much they worth. You will be surprised to see who is number one on this list and why. SEE AlSO: Top 20 Richest Nollywood Actors And Their Net … END_OF_DOCUMENT_TOKEN_TO_BE_REPLACED 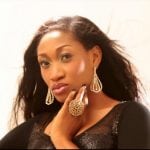 Nollywood actress Oge Okoye, in a new relationship to a father of one. According to reports by Enquirer Magazine, "The mother of two is in love again after her marriage to Holland big Boy Stanley Duru, which produced two kids packed up due to infidelity allegations from both parties. "The beautiful actress seems to have gotten over her past as she’s said to be in a serious … END_OF_DOCUMENT_TOKEN_TO_BE_REPLACED