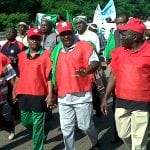 Nigeria Labour Congress has urged workers to perform their civic duty by turning out enmass to vote and defend their votes in the forthcoming general election The newly elected executives of the Nigeria Labour Congress NLC, stated this during its maiden Central Working Committee (CWC) meeting in Abuja. In a nine point communiqué after hours of deliberations, the CWC also … END_OF_DOCUMENT_TOKEN_TO_BE_REPLACED 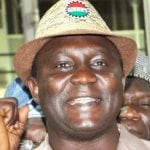 The Nigeria Labour Congress says it will work towards reducing social injustice in the work place. The President of the Congress, Dr. Ayuba Wabba, stated this when he received the Caretaker Committee of the Environmental Health Officers Association of Nigeria who paid him a solidarity visit. Dr. Wabba said the congress would also look into other areas of interest of workers … END_OF_DOCUMENT_TOKEN_TO_BE_REPLACED

A faction of the Nigeria Labour Congress (NLC), the Restoration Group headed by Messrs Joe Ajaero, Issa Aremu and Igwe Achese, has insisted that the election which produced Mr. Ayuba Wabba as president was flawed, not transparent and therefore not credible. It also announced that it would hold another delegates’ conference to elect NLC leaders on March 21, 2015 in … END_OF_DOCUMENT_TOKEN_TO_BE_REPLACED

The National Administrative Council (NAC) of Nigeria Labour Congress (NLC) has resolved to convene a meeting of its National Executive Council (NEC) on Feb. 18 to decide on a new date for the NLC election. In a statement in Abuja on Friday, the NLC General Secretary, Dr Peter Ozo-Eson, said NAC swiftly met few hours after the disruption of the 11th National Delegates … END_OF_DOCUMENT_TOKEN_TO_BE_REPLACED