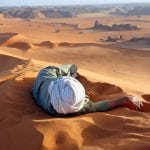 A total of 33 migrants have died in the Sahara desert in Niger while en route to Europe this year, including 18 found dehydrated last week near a road to the border with Algeria, the government of Niger said on Tuesday. International assessments, however, have put the number closer to 50. Many thousands attempt to cross the vast and inhospitable terrain in order to reach the … END_OF_DOCUMENT_TOKEN_TO_BE_REPLACED 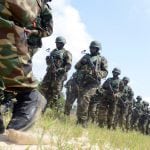 The Nigeria, Chad and Niger Military are to establish a Joint Operations Headquarters to accelerate the tempo of operations in stamping out insurgents in the region. This was the outcome of a multilateral meeting of Nigerian, Chadian and Nigerian military delegations on the counter terrorism campaign held in Abuja under the coordination of the Nigerian Chief of Defence Staff, … END_OF_DOCUMENT_TOKEN_TO_BE_REPLACED 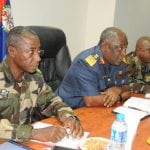 The Chiefs of Defence Staff of Nigeria, Chad and Niger today along with delegations from countries participating in the ongoing counter terrorism campaign to review the progress so far made in the operations conducted by the countries. Coordinated by Nigeria’s Air Chief Marshal Alex Badeh who set the meeting in motion declaring that the essence was to fine tune the … END_OF_DOCUMENT_TOKEN_TO_BE_REPLACED 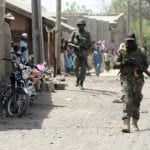 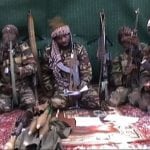 Islamic extremists from Nigeria attacked a town inside the neighboring country of Niger on Friday, marking the second foreign country attacked by Boko Haram this week. The attackers were later repelled by forces from Chad and Niger, witnesses said. The incursion comes as Niger and several other African countries are planning to send troops to battle the Islamic extremists, … END_OF_DOCUMENT_TOKEN_TO_BE_REPLACED