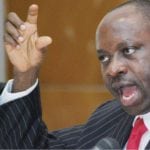 Former Governor of the Central Bank of Nigeria, Charles Chukwuma Soludo, in a statement he released today insists that over N30 trillion has either been stolen or unaccounted for under Ngozi Okonjo-Iweala as finance minister. Read his statement below.. I STAND BY MY STATEMENTS - Chukwuma Charles SOLUDO, CFR 1. My attention has been drawn to statements credited to the Hon. … END_OF_DOCUMENT_TOKEN_TO_BE_REPLACED 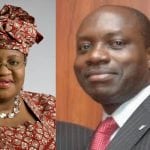 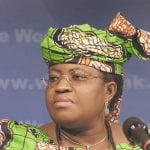 Minister of finance Ngozi Okonjo Iwela in (Response to Charles Soludo article titled “Buhari Vs Jonathan: Beyond the Election by Charles Soludo”) through her Special Adviser Paul C Nwabuikwu. Reads below... 1. For anyone who has not read Professor Charles Soludo’s article in the Vanguard (online version) on January 25 2015, I would encourage them to do so. It is littered with … END_OF_DOCUMENT_TOKEN_TO_BE_REPLACED