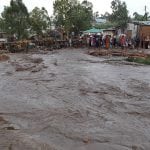 Flooding in Malawi has killed more than 176 people, displaced at least 200,000 others and left homes and schools submerged in water and roads washed away, the vice president of the southern African nation said on Friday. Downriver in neighboring Mozambique, floodwater's have left at least 176 people dead, according to Mozambican news agency AIM, displaced tens of thousands and … END_OF_DOCUMENT_TOKEN_TO_BE_REPLACED 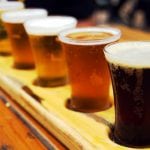 52 people have have been confirmed dead after drinking a contaminated traditional beer in Mozambique Health officials in Mozambique said on Sunday that 51 more people were admitted to the hospital after drinking the beer at a funeral on Saturday. Another Additional 146 people have been taken different to hospitals for examination in the Chitima and Songo areas, both in … END_OF_DOCUMENT_TOKEN_TO_BE_REPLACED