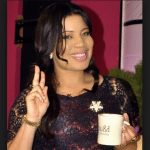 Nollywood actress and a TV Presenter Monalisa Chinda set to remarry after being single for years now. According to source the mother of one is set to wed a Port Harcourt based man Tonye Victor, the traditional marriage will take place on February 20th in Port Harcourt while the white wedding take place on May 2016 in Greece. The beautiful actress divorced her former … END_OF_DOCUMENT_TOKEN_TO_BE_REPLACED