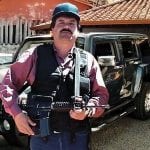 El Chapo has many underground tunnels he has been using to traffic his drugs for many years now. Many of the tunnels has been discovered by Mexican government and they are still discovering new ones. These engineering feats have helped make El Chapo very wealthy and the world’s most wanted drug trafficker. The sophisticated operation is explored on tonight’s episode of 60 … END_OF_DOCUMENT_TOKEN_TO_BE_REPLACED 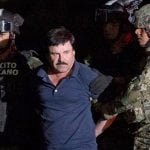 It has been confirmed that the Mexican drug Lord Joaquin El Chapo Guzman, has escaped once again from the Altiplano maximum security prison. El Chapo escaped yesterday morning 31st of January, 2016, making it the third time he will be escaping from Mexican maximum prisons. According to details ABC News received from Mexican officials. Around 2:35 AM: Guzmán was taken in … END_OF_DOCUMENT_TOKEN_TO_BE_REPLACED 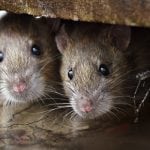 Careless young Mexican mom left her new-born-baby girl at home for 2 hours to go partying. Before she could get home rats has already bit the baby to death a Mexico news website MiMorelia.com reported. Lizbeth Jeronima Fuentes Munguia, 18, went out to a dance-party in the town of Otumba, leaving her 4-month-old daughter at home in Acolman, near Mexico City on Monday … END_OF_DOCUMENT_TOKEN_TO_BE_REPLACED 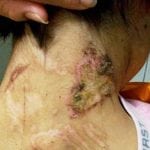 A 22-year-old woman who was chained on the neck to a desk and kept as a slave for more than two years has told of her terror. Beaten and abused, Zunduri (not real name) was forced to iron clothes for 12 hours a day and allowed one meal by her brutal captors. Her neck is scarred and she has cuts and bruises all over her body where she was punished by the family holding her … END_OF_DOCUMENT_TOKEN_TO_BE_REPLACED 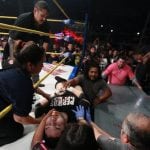 The cause of Mexican wrestler death Hijo Del Perro Aguayo, who passed away on Saturday morning has been revealed as it was a stroke caused by cervical spinal damage. The medical report confirmed that he suffered from whiplash. As for the doctor in charge not being present at ringside during the accident, it should be noted that he was busy treating two other wrestlers … END_OF_DOCUMENT_TOKEN_TO_BE_REPLACED 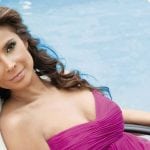 Popular Mexican actress and singer Lorena Rojas died yesterday February 16, 2015 at her home Miami her talent agency Latin WE confirmed.  News of her passing quickly became viral and a worldwide trend on Twitter. The 44-year-old actress had been battling with cancer and she lost the fight. "Lorena, who with bravery defied the sickness at different stages since 2008, had her … END_OF_DOCUMENT_TOKEN_TO_BE_REPLACED 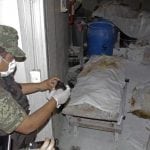 ACAPULCO, Mexico — Sixty-one rotting bodies have been found at the crematorium of an abandoned funeral home near Acapulco after neighbors complained to authorities about a foul smell coming from the building, officials said Friday. The bodies, most of them male, were discovered Thursday evening at the facility, which had been shuttered for about one year, according to a … END_OF_DOCUMENT_TOKEN_TO_BE_REPLACED