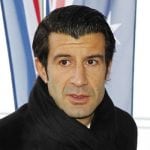 The former Ballon d'Or winner, Luis Figo released his manifesto at a Wembley press conference as he prepares to challenge Prince Ali Bin Al Hussein, Michael van Praag and incumbent Sepp Blatter for world football's top job. Among the Portugal great's eye-catching proposals was a promise to redistribute a chunk of FIFA's cash reserves and another to hold a "real and … END_OF_DOCUMENT_TOKEN_TO_BE_REPLACED