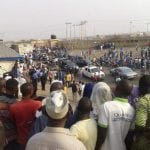 A popular man named Bayo Ajia was killed yesterday evening by group of  suspected cultists in Ilorin, Kwara state. The man who owns a car wash outlet was killed inside his office. The suspected cultists about six of them stormed Ajia car wash outlet, went inside his office and use machetes to cut him allover his body till he died. His staff raised an alarm, alerting … END_OF_DOCUMENT_TOKEN_TO_BE_REPLACED 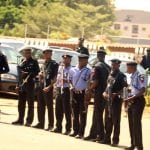 ILORIN—It was drama in Ilorin, yesterday, as Kwara State Police Command arrested a 70-year-old woman (names withheld) for allegedly kidnapping a three-year-old girl (names withheld). Speaking in an interview with journalists, a relative of the girl’s mother, Mrs. Maryam Abdulganiyu, said the girl was found in a worship place, popularly called Ori-Oke at Basin area of Ilorin, … END_OF_DOCUMENT_TOKEN_TO_BE_REPLACED

The building housing Kwara State Ministry of Energy, the Board of Internal Revenue and the State Ministry of Economic Planning has been gutted by fire. The fire which was put off about five hours after it started, was believed to been caused by an electrical fault. A guard on duty said he called the attention of the Police when he noticed the fire outbreak. He stressed that … END_OF_DOCUMENT_TOKEN_TO_BE_REPLACED 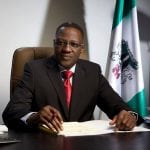 Gov. Abdulfatah Ahmed of Kwara was on Sunday re-elected for a second term after defeating 15 other candidates at the just concluded House of Assembly and Governorship Election in the state. The Returning Officer, Prof. Musbau Akanji, Vice Chancellor, Federal University of Technology, Minna, announced the All Progressives Congress (APC) candidate as winner, having fulfilled all … END_OF_DOCUMENT_TOKEN_TO_BE_REPLACED 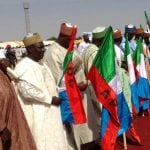 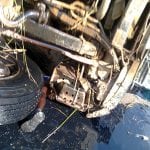 An accident has occurred on Saturday at Eleyin Village on the Ilorin-Omu-Aran Highway in Kwara killing one, injured others. The truck involved was loaded with food and household items An eyewitness told NAN that the driver of the truck suddenly lost control and rammed into a PHCN pole before spilling its content in the bush. One of the passengers who sustained a minor injury, … END_OF_DOCUMENT_TOKEN_TO_BE_REPLACED