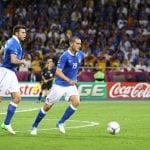 Leonardo Bonucci who recently signed a new four-and-a-half-year contract on Monday with Juventus want to become more than a legend at the club. The Juventus defender just out with a thigh injury since last month's defeat to Genoa. He joined Juventus from Bari in 2010 and has won five Serie A titles as well as two Coppa Italia crowns in Turin. "I am pleased and proud to … END_OF_DOCUMENT_TOKEN_TO_BE_REPLACED 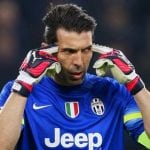 Italy and Juventus goalkeeper Gianluigi Buffon has announced his plans to retire in two years time. Buffon who is 38-year-old now said he has made up his mind to quit from his footballing career once he turns 40 and that is his final decision. He told French magazine So Foot: 'Even if I were offered twice my salary elsewhere, I would stay at Juventus. 'Doing so would make … END_OF_DOCUMENT_TOKEN_TO_BE_REPLACED 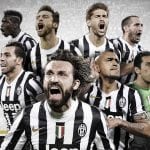 Alvaro Morata returned to haunt Real Madrid at the Santiago Bernabeu as his goal sent the Champions League holders out of the tournament and put Juventus in the final. Juventus went into Wednesday's second leg of their semi-final at the Santiago Bernabeu holding a 2-1 advantage, but they were on the back foot throughout the first half in Madrid. Cristiano Ronaldo scored from … END_OF_DOCUMENT_TOKEN_TO_BE_REPLACED