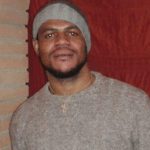 A 34 years old Nigerian boy, Terry Agaga, has been killed in Padova, Italy. The incident happened at the early hour of Monday 20th, at about 5:30am in a black club ‘Le Parisien’ popularly called ‘Port Harcourt club’ by Nigerians. According to eye witness, Terry, who got his Italian residence permit of stay in Sept 2014, got killed because of an argument over a girl. The … END_OF_DOCUMENT_TOKEN_TO_BE_REPLACED 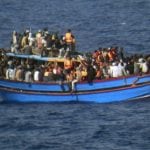 More than 300 people died trying to cross the sea from Africa to Italy this week, the U.N. refugee agency has said, adding pressure on Europe to expand a border operation that lacks a clear mandate to save lives. The high number of deaths, including 29 people who died of hypothermia on the deck of an Italian coast guard boat, hours after being pulled from the water, has … END_OF_DOCUMENT_TOKEN_TO_BE_REPLACED