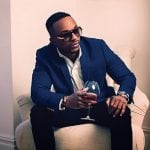 The governor of Cross River State, Ben Ayade appointed Inyanya as the ambassador for the state at the just concluded Calabar Carnival which took place on Sunday November 22, 2015 . Inyanya will get an office, an official car and a monthly salary. Triple MG manager Ubi Franklin and Senator Florence Ita-Giwa, were at the event when he was appointed as the ambassador of Cross … END_OF_DOCUMENT_TOKEN_TO_BE_REPLACED