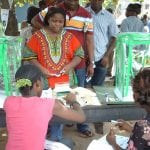 The Independent National Electoral Commission conducted Governorship and State Houses of Assembly elections across the country on Saturday, April 11, 2015. Governorship elections were held in 29 States of the Federation, while State Assembly elections were held in 36 states. No election took place in the Federal Capital Territory (FCT). A general assessment shows that the … END_OF_DOCUMENT_TOKEN_TO_BE_REPLACED

The Independent National Electoral Commission (INEC) has received reports that some political leaders are asking members of the public to disregard its stated resolve to use Permanent Voter Cards (PVCs) and Smart Card Readers (SCRs) for the April 11, 2015 Governorship and State Assembly elections. A particular state governor in the North Central geo-political zone is reported … END_OF_DOCUMENT_TOKEN_TO_BE_REPLACED 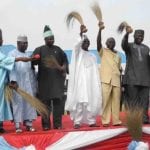 The All Progressives Congress (APC) has warned the security agencies, the Independent National Electoral Commission and all national institutions connected to Saturday's Governorship and House of Assembly elections against compromising on their statutory roles under any circumstance, in order to provide a level playing field for all parties to the elections. In a statement … END_OF_DOCUMENT_TOKEN_TO_BE_REPLACED 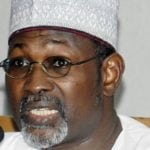 The Chairman of INEC, Attahiru Jega, says the commission has begun investigation into complaints of malpractices regarding Saturday’s elections. Briefing newsmen in Abuja on Sunday, Jega said that the commission had received several reports of malpractice, including alleged disappearance of some presiding officers with election result sheets. Admitting that INEC was concerned … END_OF_DOCUMENT_TOKEN_TO_BE_REPLACED 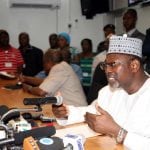 Presisential election results would be released within 24 hours, the Chairman of Nigeria's Independent National Electoral Commission, Prof Attahiru Jega has said. He told journalists in Abuja that it was possible to beat the 2011 record where results were announced in 48 hours. The electoral boss commended Nigerians for their resilience and good conduct during the … END_OF_DOCUMENT_TOKEN_TO_BE_REPLACED