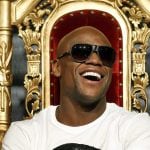 Floyd Mayweather is highly obsess with super car, he has already deposited the sum of $3.5 million on yet-to-be released 2017 Bugatti. The boxer wants to sell one of his Bugatti collection to upgrade to the yet to be released 2017 Bugatti Chiron. Last year he showed off his $4.8 million Koenigsegg CCXR Trevita on his Instagram page and captioned it: My new 4.8 Million … END_OF_DOCUMENT_TOKEN_TO_BE_REPLACED 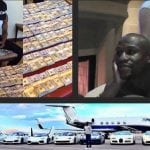 World highest paid Athlete Floyd Mayweather Jr, in an interview recorded some time last year declared that he would never donate any of his wealth to Africa. According to ThisAfrica the champion said that he would not donate to Africa because he believes Africa has not done anything for him or for his family. Although his statement might sound callous we would like to applaud … END_OF_DOCUMENT_TOKEN_TO_BE_REPLACED 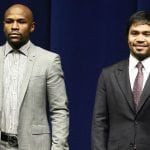 Boxer Floyd Mayweather defeated rival Manny Pacquiao Saturday night in a 12-round fight at the Las Vegas MGM Grand. The fight was the most anticipated boxing match in recent years. It began with what the New York Times referred to as a “feel-out” with “no significant punches landed.” The fight picked up in the fourth and fifth rounds, according to the Times. Ultimately, … END_OF_DOCUMENT_TOKEN_TO_BE_REPLACED 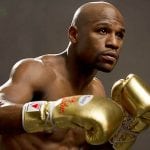 Floyd Mayweather is the world best paid athletic according to Forbes  magazine earned a staggering £66.1million last year posted a picture of himself with his luxury cars and his private jet. Mayweather posted a pics online of himself in front of his fleet of luxury cars, as well as his own private jet, and wrote: 'Welcome to my toy world! Who wants to come out and play?' The … END_OF_DOCUMENT_TOKEN_TO_BE_REPLACED