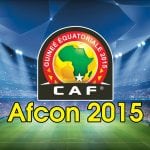 Africa Cup of Nations hosts Equatorial Guinea have been punished by the Confederation of African Football for the unruly behavior of their supporters on Thursday. The semi-final tie in Malabo was suspended for 30 minutes after crowd violence that resulted in 36 people being injured, 14 of whom were taken to hospital for treatment, with one person's condition declared … END_OF_DOCUMENT_TOKEN_TO_BE_REPLACED