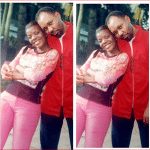 Nollywood Empress Njamah remembers late actor JT Tom West . The late actor who was involved in a fatal auto-accident, while he was returning from a location after a late night film shooting with two of his colleagues in the year 2006. Her touching tribute to the late actor, reads below... "He was my brother n friend till the END! JT TOM WEST! I celebrate u today n always! A … END_OF_DOCUMENT_TOKEN_TO_BE_REPLACED