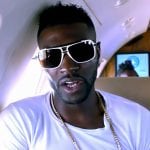 The Tottenham Hotspur player, Emmanuel Adebayor made the revelation today on his Facebook page as part of his ongoing attack to the members of his family whom he claimed are not worth it. Read the story yourself and tell us what you think. SEA, here is another part of the story I have kept inside since. Today I feel the constant need to let it out. If I share my stories, it is … END_OF_DOCUMENT_TOKEN_TO_BE_REPLACED 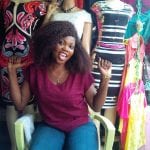 Two days after Tottenham Hotspur striker Emmanuel Adebayor posted a detailed rant on social media in which he specifically accused his entire family members of among other issues, extortion, theft and spreading false rumours about him, now one of the 31 year old’s siblings has responded with almost equal venom. Lucia, whom Adebayor claimed in the 477 word post, “keeps telling … END_OF_DOCUMENT_TOKEN_TO_BE_REPLACED 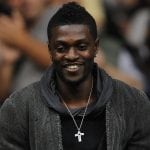 Emmanuel Adebayor has open up on serious issues going on in his family. I think you need to read this to find out what is really going between him and his family members. SEA, I have kept these stories for a long time but I think today it is worth sharing some of them with you. It's true that family matters should be solved internally and not in public but I am doing this so … END_OF_DOCUMENT_TOKEN_TO_BE_REPLACED