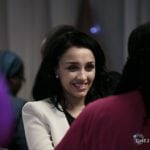 Lara Fortes is the beautiful wife Of Adams Oshiomole, the current Edo state governor. They got married in Edo state in 2015. That was a remarriage by the governor who lost his first wife, Clara six years ago following a protracted battle with cancer. Thousands of people from Edo State and beyond attended their wedding, including  Adams Oshiomole children his grandchildren who … END_OF_DOCUMENT_TOKEN_TO_BE_REPLACED 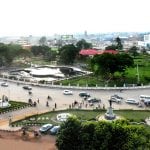 Barely 24 hours after the Inspector-General of Police, Mr Solomon Arase, dispatched a special squad to Edo State to tackle the spate of cultism, kidnapping, robbery and other related crimes, the team has arrested 11 suspected leaders of cult groups in the state, among them, four state government functionaries. Police sources said the team, led by the Deputy Commissioner of … END_OF_DOCUMENT_TOKEN_TO_BE_REPLACED 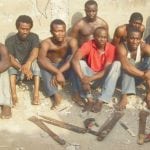 The Inspector-General of Police, IGP Solomon E. Arase, NPM, fdc is concerned about unabated activities of cultists and other violent criminals in Edo State and has therefore dispatched a special crack squad to stem the spate of cultism, kidnapping, robberies and other related vices in the state. The squad is headed by Deputy Commissioner of Police, Federal Special Anti-Robbery … END_OF_DOCUMENT_TOKEN_TO_BE_REPLACED 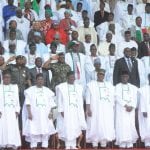 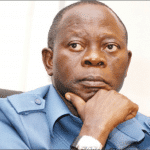 The INEC officials told reporters that were forced to sit on the ground, alongside their police escort for several hours. They were later allowed to leave after they got calls from their superiors. The soldiers said they were acting on strict orders from above. Even journalists were not spared the soldiers’ ordeal as the INEC accreditation cards and reflective jackets were … END_OF_DOCUMENT_TOKEN_TO_BE_REPLACED 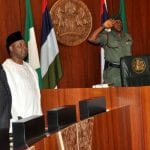 Federal government on Thursday flagged off N113 billion dualization of Sapele-Ewu road in Delta and Edo states. The Minister of works Mr. Mike Onolememen at the official flag-off ceremony of the dualization of the road project said the project has two sections; section 1: Sapele-Agbor in Delta state while section II is Agbor-Ewu in Edo state. The Minister said that the road … END_OF_DOCUMENT_TOKEN_TO_BE_REPLACED