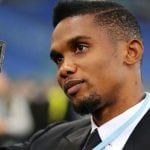 Cameroon international Samuel Eto'o, Narrate his ordeal to CNN of how he wanted to buy a watch from jewellery shop in London. But the saleswoman suspected him to be a Nigerian fraudster and lied that his credit card was declined. Eto'o said he'd gone into the store with his brother to buy a £10,000 watch. So after taking a glance at the watch and getting out his credit card, … END_OF_DOCUMENT_TOKEN_TO_BE_REPLACED 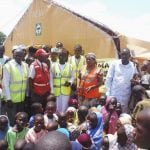 80 children who were freed from Boko haram camp in Northern Cameroon by Cameroonian soldiers in November 2014 cannot remember their names or where they are from and are yet to be united with their families and loved ones.According to Christopher Fomunyoh, a director for the US-based National Democratic Institute, the children range from 5-18 years of age and do not speak … END_OF_DOCUMENT_TOKEN_TO_BE_REPLACED

"No country alone can fight and defeat Boko Haram. Not a single metre of Cameroon is controlled by Boko Haram" Chadian President Derby says President Derby made the declaration less than 5 minutes ago as he prepared to leave Yaounde Nsimalen airport … END_OF_DOCUMENT_TOKEN_TO_BE_REPLACED 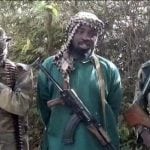 Boko Haram have attack military base in the northwest Cameroonian city of Kolofata, police and government officials say. The attack occurred early Monday, about a week after Boko Haram leader, Abubakar Shekau, threatened attacks on Cameroon after the country’s military launched repeated assaults against the sect.As soon as people heard the first gunfire, they fled the city, "a … END_OF_DOCUMENT_TOKEN_TO_BE_REPLACED 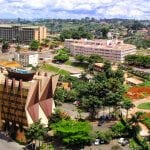 Cameroon is a diverse country of roughly 22 million people on the gulf   bordering   Nigeria, chad,Central African republic, Equatorial guinea, Congo and Gabon. Cameroon belongs to the Economic and Monetary Community of West Africa (CEMAC). Goods and services are sold freely within this region. The CEMAC Have common trade and tariff laws. Any  entrepreneur … END_OF_DOCUMENT_TOKEN_TO_BE_REPLACED